Report on the meeting with the deputy 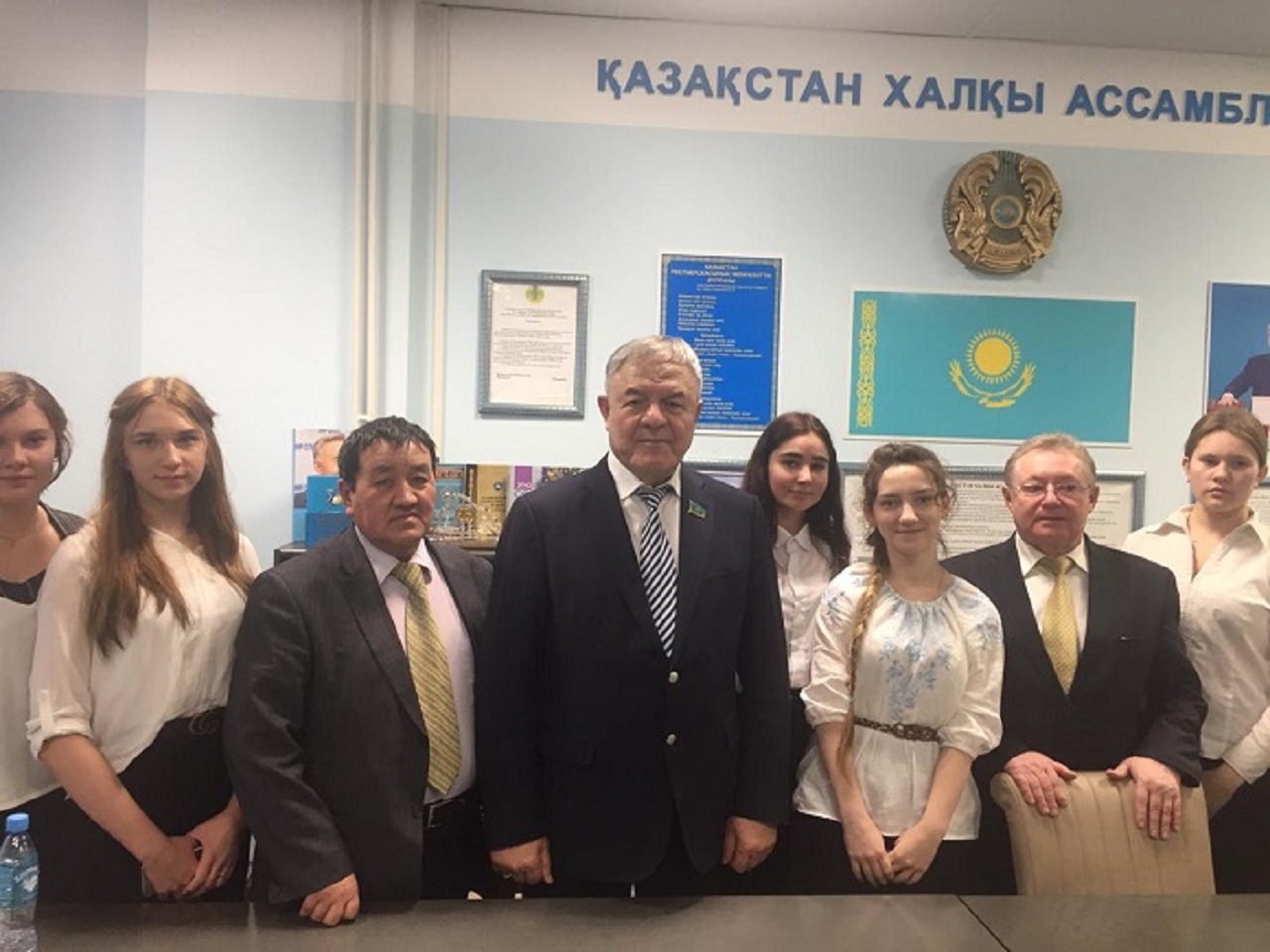 Report on the meeting with the deputy

On February 26, 2020 in the Eurasian National University named after L. N. Gumilev at the Department of Assembly of people of Kazakhstan held a meeting with the Deputy of Mazhilis of Parliament of the Republic of Kazakhstan, the member of Assembly of people of Kazakhstan,the Chairman of the Chechen – Ingush ethnocultural center “Vainakh” Muradov Ahmet Saidarachmanovich.The meeting was devoted to the thanksgiving day, which is marked on the first of March. The meeting was attended by a teacher of social disciplines Ospanov Asylkhan Yessimkhanovich and students of the DVR-11 group Goncharova Kristina, Gruzdeva Arina, Nagornaya Darya, Chipizubova Alena, Shtoll Victoria. The people’s Deputy talled about the work of Parliament,about the role of Assembly in strengthening and uniting ethnic groups ,about the laws which were adopted to engage young people in business, and volunteers. The meeting was substantiual, interesting and very useful.