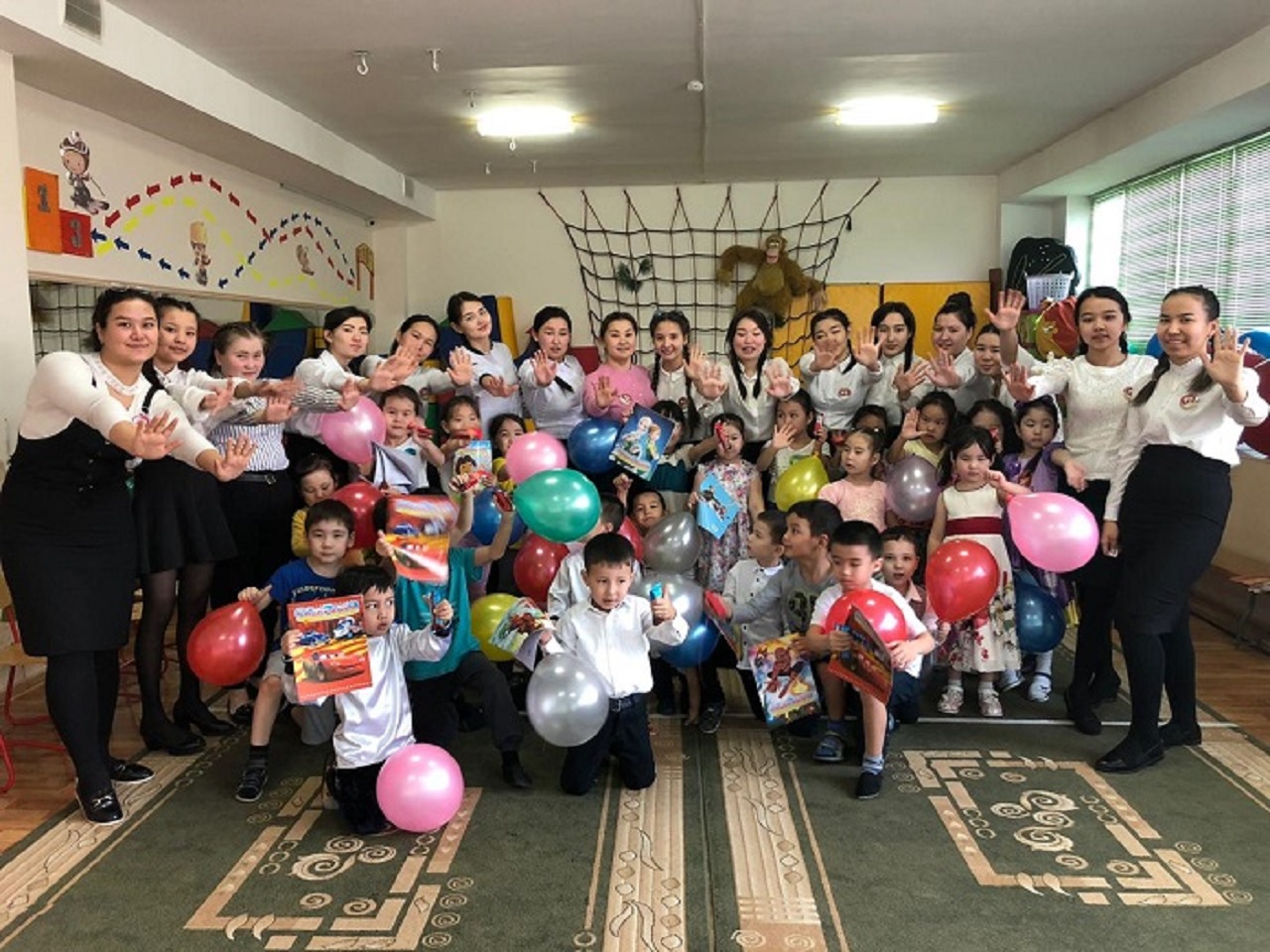 The opening of the ten-days “Country’s Future, Educated Youth” of “Pre-school education and training” took place on December 19th. It was noted that the year 2019 was declared the Year of Youth, and the words of The head of the state was supported. This event was held at a high level with the unity of teachers and students.
On December 21 th, our future specialists were able to share experiences and explore the Center’s Montessori Center.
Matinee for young kids named “Welcome, New Year” was held on December 25. This matinee gave children a sense of festive mood, as if they were in the country of fairy tales. The puppet theater circle showed a fairy tale of “Masha and the Bear” for the children.
A fair with plenty of souvenirs and dishes named “New Year presents” was held by our talented students on December 26. On the fair students showed a brilliant presents.
December 27, Communicative Game Training “We Are Different And Wonderful”. The training was held at a high level. On the training our college students had a great opportunity to communicate with children and made children more happy in different games.
The contest “The best educator” is a competition among students of pre-school education and training was held on December 27. Our talented students were proved that they are real professionals.
The closing of ten days of the specialty “Pre-school education and training” “Country’s Future, Educated Youth” was held on December 29. During the closing ceremony, students were awarded with active participation. This event was held on a high level.